Skip to content
Previous Next
Land of the Rising Sun

For most of this year I have had the good fortune of spending some quality time in the countryside of Japan.  Luck brought me here to indulge in the beautiful environment of Niigata Prefecture.  It is a gorgeous area, with huge strong mountains, a strong flowing river and wide open valley. 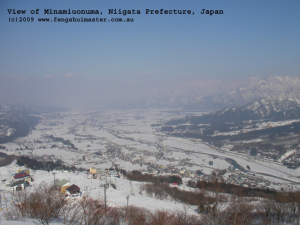 The picturesque countryside changes from season to season, and unlike Melbourne, the seasons are very definite; it’s a country that ‘knows’ what season it is.

I have spent several cold and beautiful winters here in my life and this one was no exception.  Snow has a way of covering up the mountain dragons so they seem fluffier and grander.  It hides the imperfections and prevents us from getting a good glimpse of the xue (‘key spot’, dragon’s den).

The mountains are concealed under a rich acreage of beautiful whiteness but the longmei (dragon’s veins) are still quite visible on the steeper ridges.  The people who live here in the Snow Country (yukiguni) are as tough and resilient as the landscape.  In the old days, heating was not even considered. 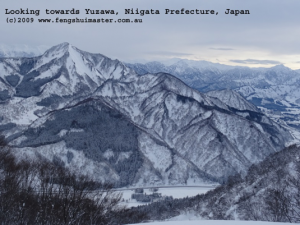 There is a beautiful and famous temple in the area called Untoan; a Zen temple at the foot of Mt. Kinjo which was restored in 1429, and designed using Feng Shui principles.  I know this because in the museum is a very large scale plan of the complex showing the building divided up into 24 Mountains.  I am yet to do a full study of this diagram, and because it is in the museum, I am not allowed to take photos. 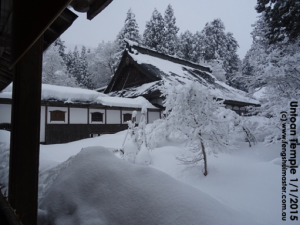 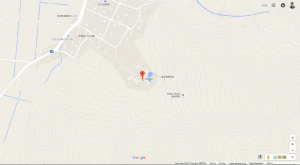 You can see from the contour map how the temple is nestled into the side of a mountain that has a very strong shoulder on the dragon side, and is in between dragon and tiger in a protective xue.  To the back of the temple, up the hill is a small shrine (shown on the map) and farther to the SE is the peak of Mt Kinjo.  I have often observed, in Japan and China, a small shrine will be built uphill of a temple at a certain point on the dragon’s vein.  The temple is situated in a good Feng Shui location that tells us the designers also thought of the greater environment when choosing the site.

Yet again, another famous spot nearby is the ruins of an old Shogun castle.  It was situated in a very strong shoulder position at Mt Sakado, but it is located on the dragon side, not quite the right spot.  Also, looking at the mountain formation from a distance, the veins of the dragon are almost too strong here to build a castle.  Maybe that’s why only the foundations of the original castle remain today.

There is evidence of Feng Shui in many small ways in Japan too.  For instance, embedded in the ceiling of the entrance of another small village temple is a compass, with needle pointing towards north, showing the facing direction of the temple.

On the grander scale, Japan is known as ‘Land of the Rising Sun’ because it is the easternmost point of the Asian continent.

Feng Shui in Japan is called ‘Fusui’.  It is as secretive as the landscape.  As illusive as a zen koan.  I hope one day to understand more about how Feng Shui is used in Japan.  In the meantime, observing the forms and locations of important places tells me a lot about the ‘Fusui’ already.

Join me online in 2015 for my new series of Feng Shui courses:  Path to Mastery.  Including Form School Fundamentals, a new course based on my research of the forms in many parts of China, Asia and many other locations over the years.