Two strangers cross in a busy city street,
swipe their phones frantically to capture a Bulbasaur,
and smile at one other.
By Anthyony Ashworth

You’d have to have been living under or perhaps in a stone
not to have noticed the new gaming craze PokemonGo.

It’s a virtual reality interactive game for smart phones,
which uses the GPS location and camera to insert little spirit creatures called Pokemon
into the real outdoor environment.
It’s creating quite a fuss in the media,
but what’s it really all about?
What underlies the games real appeal?

“I believe that PokemonGo is in fact tapping into a deep desire to connect,
an ancient calling for humans to tap into and communicate with the real Nature Spirits
that reside within our environment and on the edges of our psyche and perception.” 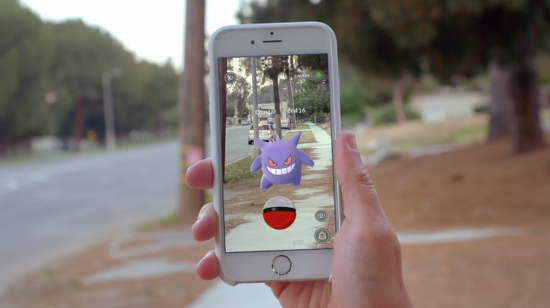 The Pokemon gamers “troll” the suburbs, parks, bush-land & river banks (for water Pokemon)
in order to track down then capture the little animated spirit characters,
by force and or by bribing them with virtual treats.

Once captured, they become part of one’s arsenal of spirit allies,
helpers and warriors who will work and even fight for you and your teams.

Players are allocated to one of three teams, red, blue or green.
I’ve seen children with their mums or dads, tweens & groups of teens
on bikes & scooters and yes even big boys in their own cars,
driving around at all hours of the day and night,
glued to the their glowing screens arm half out the window for better reception
with the occasional intermittent cry of frustration or glee at the success or lack of capture of a rarer Pokemon.

I myself have been swept up by the game, having spent hours with my 12 year old son doing same & it’s fun.
Tapping into our primal sense of hunting and a desire to connect with ‘other’.
In one report hundreds of young hunters showed up at a park with rumors of a very rare Pokemon,
only to be shattered it had vanished.
Some caught sight of a hunched old man with smart phone in hand slinking off victorious with a rye smile. 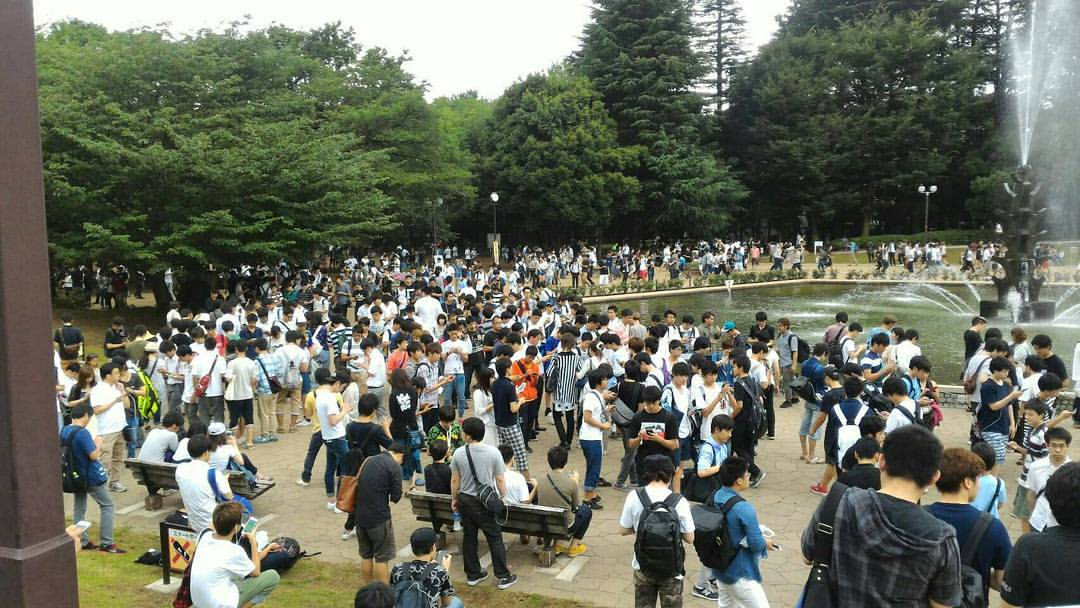 The press is perplexed by the phenomenon,
trying to explain its appeal,
at the same time giving much applause for the fact that kids are actually outside
for hours at a time interacting with the real and virtual environment and with each other.

“Everybody sits on their asses playing CandyCrush for 5 years and no one bats an eye,
but a game comes out encouraging people to get out and explore their worlds and everyone loses their minds…”

“It’s like I’m in a zombie movie.
My trusted administrators have now been infected by PokemonGO too”
quotes from a blog…

Some commentary is negative with concerns that PokemonGo players will inevitably be run over whilst crossing the road,
face glued to a screen,.
Others with a more fundamental outlook are disquieted and disturbed that children
are being satanically groomed into forming relationships with demons,
be they cyber devils or nay.
Conversely some churches now have signs out welcoming PokemonGo players to visit the house of God

Other reports decry the disrespect of Pokemon being found at a museum for the holocaust.
One can just imagine the future commercial value to the likes of a McDonalds store of a PokeGym being on site.

Surprisingly there is also much positive press,
exclaiming the benefits of PokemonGo for those suffering depression and or anxiety.
Those with these debilitating conditions are meeting more people,
interacting with them in a positive way and are out and about in the sun and the fresh air for hours at a time.
But I think it goes much deeper than just being outside and interacting with other people.

I believe that PokemonGo is in fact tapping into a deep desire to connect,
an ancient calling for humans to tap into and communicate with the real Nature Spirits
that reside within our environment and on the edges of our psyche and perception.
Traditional cultures the world over, held strong beliefs about the existence of Nature Spirits within an animistic world.
Animism being the belief that everything,
even supposedly inanimate objects hold a life force and a consciousness of sorts to varying degrees.

Within the plants, animals, trees, the landscape itself & the very elements that create the physical world,
of earth, air, fire and water a living spirit can be found and interacted with.

Take for instance the belief in Fairies,
The Faye in Ireland, Nature Spirits called Kami in Japan or the wee folk in Iceland.
All these modern cultures still honor the real existence of Nature Spirits.
They are even given genuine legal rights to occupy given lands!
The original creator of Pokemon was Japanese and the creatures are directly based on Japanese Shinto myths
about such Nature Spirits and how they can be interacted with and cajoled into providing assistance to humans on many levels.
Japanese anime & cartoons have been tapping into this for a long time with such movies as Spirited Away,
which I highly recommend if you have not seen it.

Games such as Mine Craft, let alone spiritual & fantasy-based games have included nature spirits.
Mine Craft even has a crew of various nature spirits that care for the virtual environment and get grumpy when it’s abused.

PokeMonGO and other such games can be termed as “techno-animism”,
which imbues digital technologies with a spirit or soul.
This animism is embedded in consumer products,
creating emotive ties between people and things imbued with a sense of connection & importantly,
for more sales.
It is also a way of fighting the dislocation & isolation of modern life by allowing consumers to create meaning,
connection and intimacy in their life.

PokemonGO with its tracking of and relationship building with Nature Spirits mimics the age-old practices of medicine people
and shamans from the past. It taps into our deeper desire to reconnect with the spirit & spirits of nature.
Shamanism & neo-shamanic practices are the fastest growing spiritual tradition on earth. 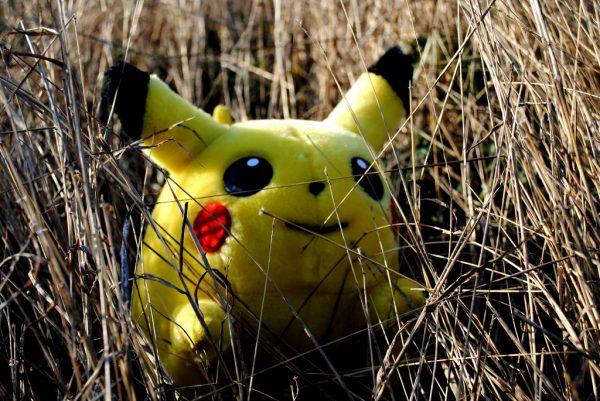 With the right tools that reach beyond & extend our five senses,
we are able to see, interact & importantly communicate with the real thing.
If you’re interested to know more about real Nature Spirits and ways to connect with them,
I will be holding another “Connecting with Nature Spirits” workshop later this year see www.anthonyashworth.com
Please connect with my Face Book page Nature Spirits & the Spirit of Nature for  heaps of free info
https://www.facebook.com/groups/1112805672062786/